We wandered into Shahbano one afternoon months ago (it’s just down the street from La Botica) and ended up just hanging way after our lunches were done. What can I say? I found an old copy of TimeOutNY and I obviously had to read every page. Shahbano sells flavorful soups served with half-sandwiches, good coffee and beautiful silk tunics. The place is a kind of store/cafe hybrid, all through the vision of the owner Annick Belanger. We got a chance to chat with her one evening about her global roots and the store while we sipped a little sangria. 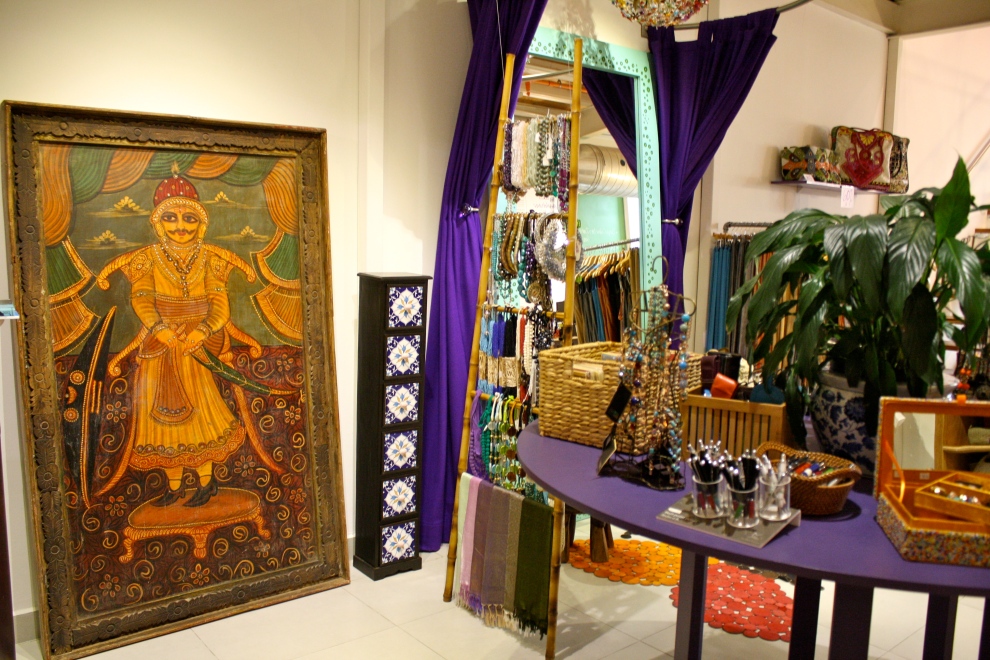 Annick was born in Montreal but spent years as a child living in Cameroon. She first came down to Panama with her husband seven years ago and ended up getting a house here. It was not until she sold her restaurant in Montreal that she spent more than a few weeks a year here. Even once Annick was living in Panama, it was a trip to South Asia that led to Shahbano. “I went to India for the first time in 2009 and I was there in five weeks,” Annick said.

“I met this man who did the most incredible embroidery. When I met this man. I looked at my husband and said, I think I found what I wanted to do.”

Annick decided to created a business that would combine her interests in food and clothing. “I always had a passion for fashion. I was always creating my own clothes. That’s where the idea for Shahbano came from. I didn’t want to have the clothing without the food, or the food without the clothing,” Annick explained.

She designs all the clothing sold in Shahbano herself. The pieces are then created in New Delhi, Jaipur and Jodhpur. She also designs all the home decor and masterminded the menu. I don’t really understand where she found the time, either.

Shahbano opened in April 2011 and Annick says that after a year, the place is still developing.   She’s begun a changing system of exhibitions, showing a different artist every month at the moment. The overall goal for Shahbano is be a space for clients to feel at home.”

“There was a proposal done here yesterday, up here,” Annick continued. “I wasn’t here but my staff told me about it. Apparently the man [who was proposing] told the waitress, ‘I put a book about our relationship here on the shelf. [When] I ask you to bring me a book, bring me that one.'”

“That, for me, is what I’m looking for,” Annick said. “To create that kind of environment.”