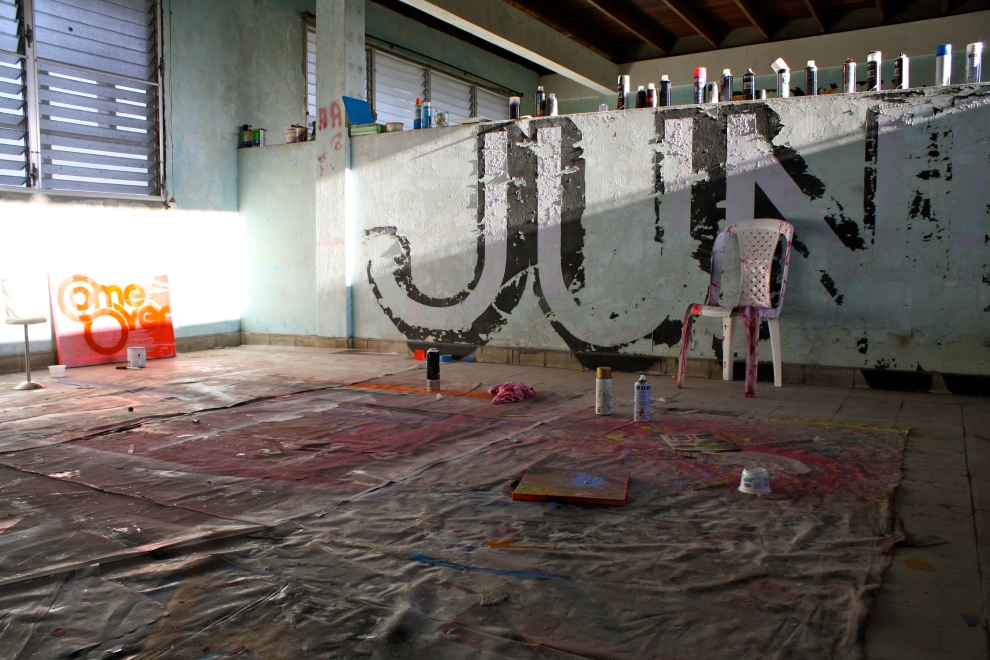 Jacqueline Brandwayn is a Panama-based Colombian-born artist whose recent show “Beautiful: A celebration of being a woman” premiered at Espacio Panama last week. We liked it lots. (See some photos here.) Brandwayn has made her mark on Panama (particularly on Casco Viejo, where she has her studio) both literally and metaphorically. Besides being a painter, Jacqueline is a street artist, whose distinctive leg stencil graffiti is visible all over Casco. Jacqueline has a background in graphic design and photography, the latter of which she studied at Emerson College along with advertising. During the week, Brandwayn designs the accessory line for Converse. (Jacqueline, how do you do it?!)

We visited Jacqueline’s studio last weekend at the Santa Familia community center in Casco. It’s a beautiful space and so close to the ocean that “When is the tide is high you can listen to the breaking of the waves,” Jacqueline said. We first spoke in her current workspace, then moved to her old studio upstairs, where there was (and still is) no door. “One time I came in at night and there were seven crackheads hanging out.” She moved downstairs.